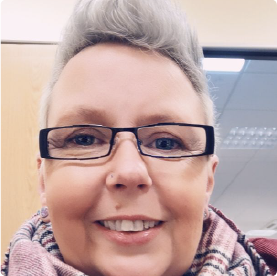 I have been involved in the Volunteer Centre and the Volunteer Academy for a few years now.  Bizarrely it is a job I originally did 20 years ago as the Blackpool Volunteer Bureau Organiser.  It was my first ever job in the voluntary sector after previously working with animals so to find myself back here as Volunteer Academy Manager has been wonderful and at times emotional. 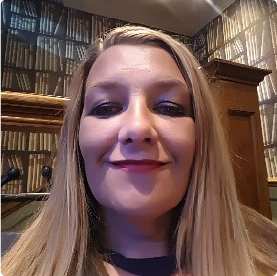 I have worked at the Volunteer Centre for almost four years. Before I started work here, I had been a stay at home mum to four girls who are now all teenagers. One of our daughters has complex additional needs, this caused me to sometimes feels isolated and overwhelmed whilst at home. 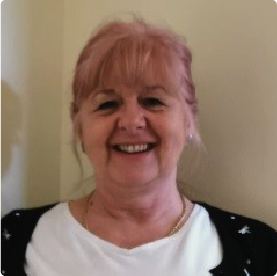 Having qualified as an NNEB  Nursery Nurse many moon’s ago, I have predominantly worked in childcare  diversifying along the way  from nursery nurse  to nursery manager, NVQ childcare assessor, internal verifier, family support worker to the role I now have and have held for just over a year with the Volunteer Centre.

‘I needed to get out of the house and meet other people. I’d only been involved with Military life previously and that was all I knew. I moved to Blackpool and have had to start my life again – this has meant making new links in education, volunteering etc. It’s really been worth it.’

‘It’s built my confidence and got me doing more things. I’ve met loads of new people who are like me and in a similar situation to myself.’

‘I volunteer more for myself and to gain experience of being involved in my community. Before I started volunteering, I had nothing, I had just been on the dole since I left school.’

‘The VA have always been helpful. I always know they’re there.’

‘I became involved due to a request to help other Dads who were in a similar situation I found myself in. I had previously had a lot of difficulties in gaining access to my daughter and had lost hope at many points. The mental health effects and feelings of hopelessness were extreme – I just wanted to show Dads that there is a way to deal with the feelings they have and that they can resolve the situations they’re in. I wanted other Dads to know that they’re not alone – there are lots of Dads out there who are in a similar situation to the one I found myself in.’

‘I think volunteering has helped me grow at great bond with my daughter.’

‘I have undergone a steep learning curve and learned so many new things – I didn’t realise before the true extent of deprivation and its effects in Blackpool. The Learning to Feed course also taught me statistics that shocked me regarding the number of babies admitted to hospital with upper Gastrointestinal problems and Gastroenteritis.

‘I have made new connections in the Grange Family Hub and at the Volunteer Academy and I think I will continue to do so now that I have done the Learn 2 Feed Course and can get out in the community.’